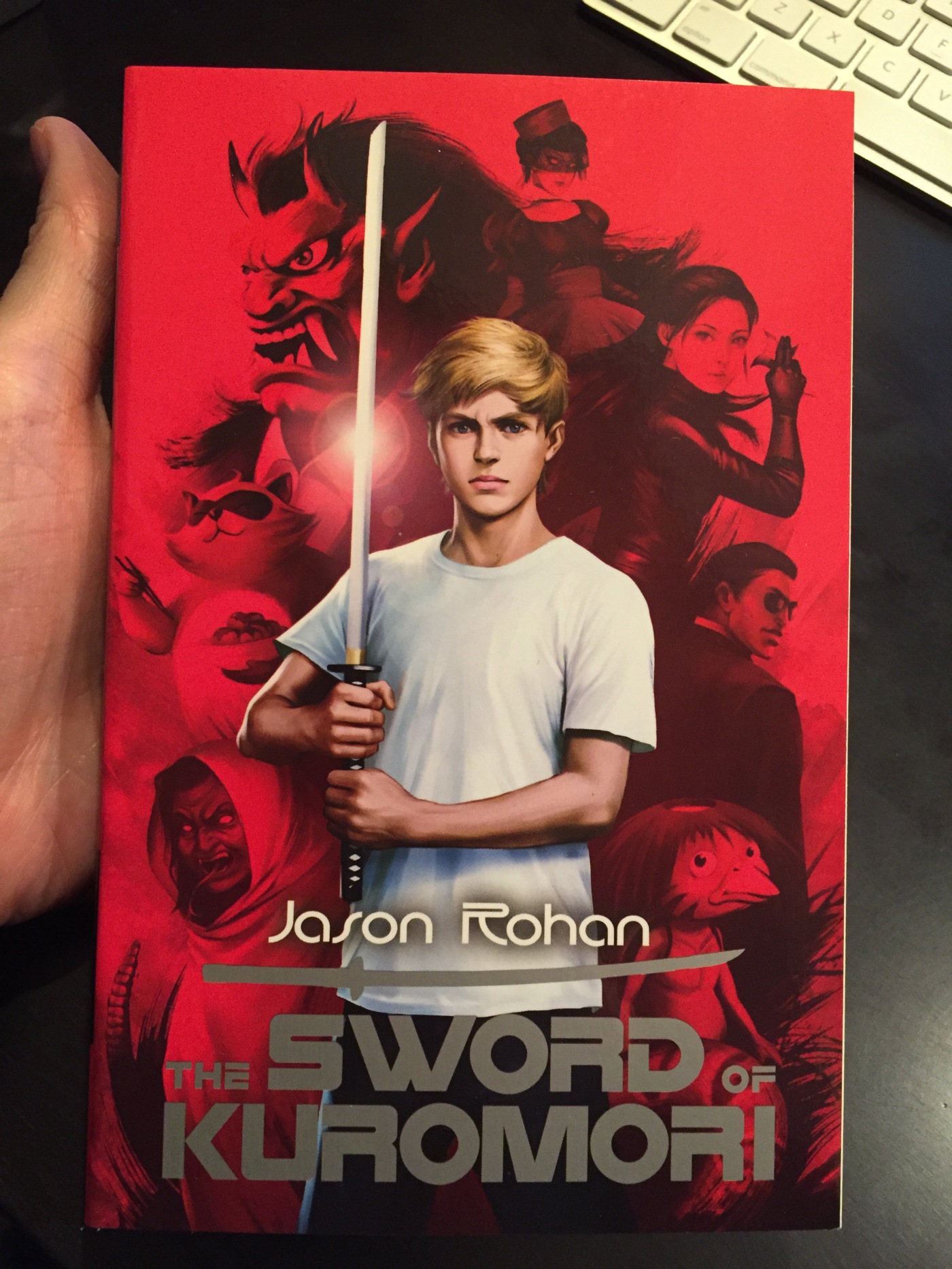 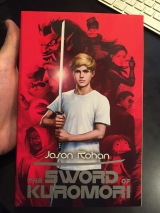 “The Sword of Kuromori” is the first book of the Kuromori series and I loved reading it. I might be slightly partial to the mentioning of Portland and the Timbers and a few of our other local sites though!

Our story features a boy named Kenny Blackwood who’s mother has passed away and his father is living and teaching in Japan. His English grandfather has sent Kenny from his boarding school in Portland, Oregon to visit his father in Japan and this is where our story starts. Kenny is on his flight over the Pacific and opens a mysterious letter from his grandfather that is given to him by the flight attendant. After this, Kenny starts seeing a strange creature on his flight even though nobody else can see him. The flight doesn’t go exactly as he plans and things get worse for him from there. Upon arrival in Japan Kenny is taken into custody and this is where the adventure takes off. Kenny is tasked with saving the world on an impossible deadline. Little does he know he is the perfect person to take all of this one.

I loved how the author spoke to the history and culture of Japan throughout the book, including using Japanese words (there is a pronunciation guide and glossary in the back) and covering various myths and stories. I also love reading about the the teamwork between the kids in order to solve problems. You also get to watch them learn about their special abilities, and most importantly how they learn to believe in themselves…especially at an age most of us felt like we were at our most vulnerable.

I highly recommend this book to kids 10/11 and up (depending on the kid – recommended age is 14+). This is a great series for older readers (or adults who enjoy Young Adult fiction) as it has some kissing (very innocent though, just pecks), talk of loving a girl/boy (crush like stuff), death, and sacrifice. This book also touches on losing a parent to cancer (a monster in my mind), and another mother being lost to a monster (invisible to most, but not her daughter…kind of like cancer, an invisible monster).

“The Sword of Kuromori” mixes fantasy, action, culture, and modern life in a way I really connected with. I also felt the writing was a bit more mature than some of the other “young adult” books I have read. A fast read with plenty of excitement!